Out of boredom, I decided to undertake an infrastructural experiment of setting up a personal Kubernetes cluster, and moving as much of my personal project workloads into the cluster as possible. The purpose of this exercise was not to improve the resiliency of these fairly inconsequential workloads, but rather to see how far I could go in stretching this setup to fit low-cost servers I acquired from some infamous European providers. 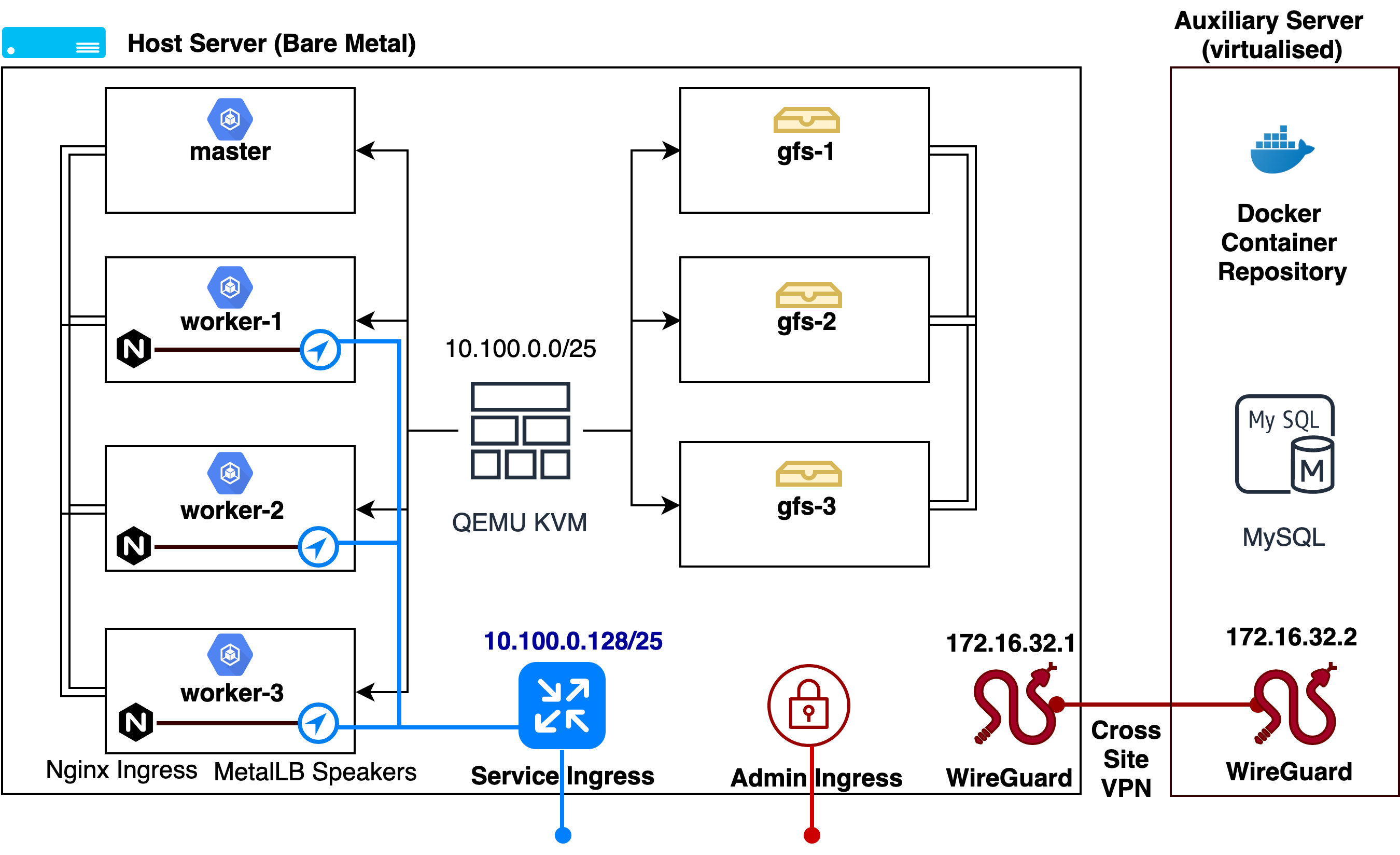 It took some trial and errors over a couple weeks of time, but eventually I was able to achieve a setup that is functional and reasonably painless to maintain.

Two servers are used in the setup:

Running Kubernetes on self-managed virtualisation -- and in turn on bare-metal -- is fairly unorthodoxy these days -- not to mention the likes of managed Kubernetes setups such as those from Google and DigitalOcean. A wise production setup would at least not involve maintaining one's own hypervisor -- which I did in this setup. This setup is therefore by no means commercially-sensible for most use-cases, but rather as a personal hobby.

Some infrastructural notes for the setup:

For each of my existing personal projects, I wrote Dockerfiles and supporting Makefiles to enable them to be containerised. These mostly run with three replicas for load-balancing. These projects include:

Due to the non-distributed nature of most of these setups, these projects don't really benefit from additional redundancy and resiliency which Kubernetes is supposed to provide, but this hopefully serves as a good technical demonstrator for the feasibility of managing small scale projects in Kubernetes.